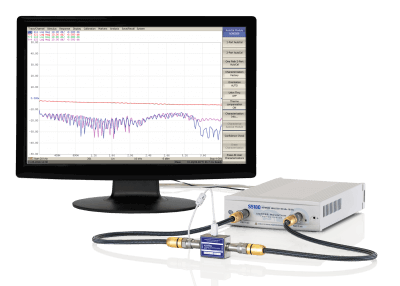 What is an Automatic Calibration Module?

What is an ACM?

An Automatic Calibration Module, or ACM, is used to perform user calibration on a Copper Mountain Technologies Vector Network Analyzer (VNA). This is the calibration which is performed prior to making a series of measurements, not the one performed on an annual or semi-annual basis at a calibration laboratory. The ACM presents a series of calibration standards to the VNA – that is, one or more Opens, Shorts, Loads, and a Thru – to complete a SOLT (Short/Open/Load/Thru) full 2-port calibration, or a SOL 1-port calibration. A simplified block diagram is shown in Figure 1.

A mechanical calibration kit contains individual Open, Short, Load, and Thru calibration pieces, which must be attached to the VNA one after another. A calibration kit definition file informs the VNA of what reflection coefficient each piece should exhibit at each frequency, and calibration is calculated by comparing measured values to actual values. In contrast, the Short, Open, Load, and Thru in the ACM have been precisely characterized at the CMT factory and the results are stored in its non-volatile memory. This is much more accurate than the typical polynomial curve fit definition of the mechanical kit. The ACM completes the calibration process with a single connection to the test cables, automatically cycling through the internal calibration standards.

How is it Used?

A USB cable must be connected between the ACM and the PC running the VNA software to use the ACM. The ACM is then attached to the test cables and either 1-port, 2-port, or 2-port one-path calibration methods are chosen under the Calibration/Autocal menu. The ACM may be attached to the test cables in either direction, with Port A on the Port 1 test cable, or with Port B when the orientation option is set to AUTO.

Allow the calibration to complete, and then COR should appear in the lower-left corner of the VNA UI screen. The calibration type should be added at the end of the trace definition in the upper left corner – [F1], [F2], and [OP] for full 1-port, 2-port, and one-path 2-port calibration respectively.

The Confidence Check feature, which may be enabled in the Automatic Calibration menu, helps verify the integrity of the test cables. After pressing the Confidence Check button in the User Interface, an approximately 20 dB attenuator is connected internally between the A and B ports of the ACM and a precision factory measurement of that same attenuator is loaded into the active trace memory. The memory trace will normally be covered by the active measurement, so it is best to subtract the live measurement from the memory trace by navigating to Display>Memory>Data Math>Data / Memory. Set the scale to a low value, such as 0.05 dB/Div, for a magnitude reading and then move the ACM from side to side to flex the test cables slightly. There should be very little movement of the displayed difference. If wild movement is seen, then the test cables are either loose or defective. Defective cables should be discarded immediately. Why Use an ACM?

The measurement accuracy of the VNA depends on the quality of the user calibration. You can best understand the quality of calibration by examining the residual errors which remain after the calibration is performed. The 12-term error model is generally used to characterize these errors – six terms for forward measurements, such as S11 and S21, and six for the reverse, S22 and S12. These errors are depicted in the S-parameter network diagrams shown below. The actual Device Under Test (DUT) S-parameters are shown in the grey box, and the error vectors appear on either side of it.

After calibration, these errors are greatly reduced but are not zero. The remaining errors are called residual errors. For instance, the raw directivity of the directional bridge in the VNA might be 18 dB, but after calibration with an ACM, it might be 46.

The Importance of Residual Directivity

The directional bridge in the VNA has four ports: an input, an output, a forward sample port, and a reverse sample port. When a forward traveling signal passes through the bridge, the forward port should have an attenuated version of this signal exiting it, assuming 20 dB coupling attenuation for example. A reverse traveling signal should cause a 20 dB down signal to appear on the reverse sample port. Ideally, there would be no signal on the reverse sample port when there is only a forward traveling wave passing through the bridge. As no bridge is ideal, a leakage signal will be present as shown in Figure 6. If the normal coupling is 20 dB and the leakage signal is 35 dB, then we say the bridge has 15 dB of directivity.

To understand the importance of the quality of the calibration kit, consider the following: to improve the directivity, you would have the VNA produce a signal and terminate it by attaching the calibration load to the output port. Theoretically, there would be only a forward traveling signal leaving the VNA and no reflection from the load, hence no reverse traveling signal. The leakage signal could then be measured on the reverse sample port and simply subtracted from all subsequent measurements. The residual (corrected) directivity would be infinite! Unfortunately, the assumption that there is no reflection from the calibration load is incorrect. A very expensive (~$6k) 26 GHz, 3.5mm calibration load will have worst case return loss of about 30 dB, so there will be a reflected signal, 30 dB down entering the port. This will show on the reverse sample port. The residual directivity of the bridge after calibration will therefore be no better than 30 dB.

Because the ACM has a stable, temperature-compensated, data-based calibration load, the residual directivity after calibration is 46 dB, much better than 30 dB.

The other error terms are corrected to the much smaller residual values based on the quality of the calibration standards within the ACM. The uncertainty of VNA measurements depends on the values of these residual errors. A typical reflection uncertainty chart after ACM calibration is shown in Figure 7.

The reflection uncertainty curve above is only valid for calibration with an ACM. If using a mechanical kit with a 30 dB return loss calibration load instead, the above curve would be shifted 16 dB to the right and the uncertainty for a -20 dB reflection measurement would be about ± 3 dB instead of ± 0.6.

From EUROMET [1], the equation for the approximate uncertainty of a reflection measurement in terms of the residual errors is (in linear terms):

Where Sii is the measured reflection

T is the Residual Reflection Tracking

M is the Residual Source Match

L is the Residual Load Match

And R accounts for random factors such as connector repeatability

Residual directivity, D, is approximately equal to the calibration load uncertainty; 30 dB for the expensive mechanical kit and 46 dB for the ACM.

Residual source match is approximately equal to the weighted square root of the sum of the squares of the calibration load uncertainty and the angular phase error (radians) of the Open and Short calibration standards.

Residual load match is approximately equal to the residual source match for a 2-port calibration with unknown thru.

For transmission measurements, the approximate measurement uncertainty is given by:

M is a residual error due to DUT mismatch

I is the residual Isolation error

Residual transmission tracking is proportional to the product:

For a well-matched DUT, the M term may be ignored, and the port-to-port isolation of the VNA is normally below thermal noise in 10 Hz bandwidth, so it can also be ignored. The R term is mostly trace noise due to proximity of the measurement to the receiver noise floor.

The uncertainties of the calibration standards affect uncertainty of transmission measurements over a broad range from about 0 to -60 dB. Below -60 dB, random noise introduced by the receiver noise floor dominates, and above 0 dB, receiver compression introduces errors. Receiver compression errors may be avoided by reducing the stimulus power for amplifier measurements. Again, the quality of the calibration kit is important for precise transmission measurements.

Adding Adapters to the ACM

As an example, use test cables that have 3.5mm male connectors and an ACM that has female N connectors. Place the N Male to 3.5mm female adaptors on the ACM and torque them appropriately. Calibrate the ends of the test cables using a 3.5mm calibration kit, another ACM, or a good mechanical kit. Make sure the frequency range is appropriate for the adapters and set the number of points to 1601. Attach the test cables to the ACM with adapters using proper torque. In the VNA User Interface under Calibration/AutoCal, select Characterization and change it from “factory” to one of three user characterizations. Press the Characterize AutoCal Module button, allow the calibration to complete, then fill out the information on the dialogue screen which will automatically appear.

2 and 4-Port ACM modules can be found on the CMT website here. 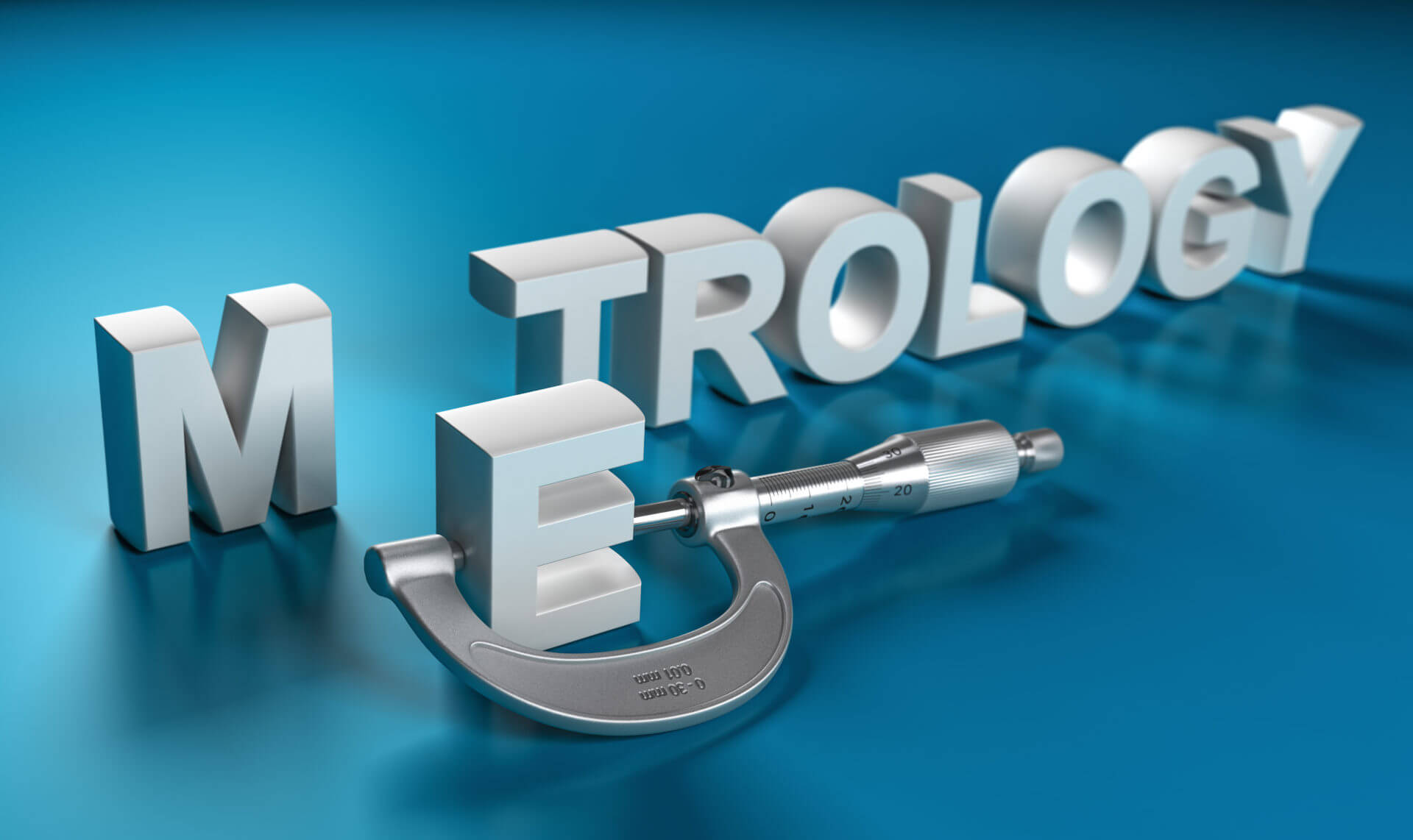 Introduction to the Metrology of VNA Measurement

A VNA measures reflection coefficients of RF devices and systems. To be very meticulous, each measurement should be accompanied by an uncertainty with a specified statistical confidence interval. To understand the measurement uncertainty, or accuracy, it is important to understand the contributing factors, which are explored in this application note. 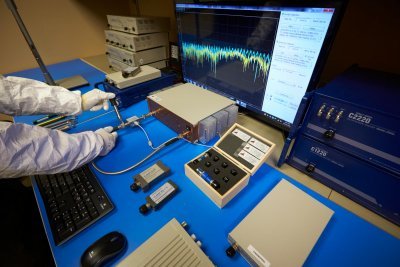 One of the most frequently asked questions we receive at Copper Mountain Technologies’ sales and support departments goes something like this: “What about calibration?” It’s an unfortunate reality that in the English language, Calibration has two completely distinct definitions. The first relates to checking out the instrument periodically to make sure it is operating within its specifications. “Performance test” is the procedure by which the analyzer performance is verified, typically annually. The second meaning is to do with Measurement or User calibration, a collection of techniques by which measurement accuracy is maximized and made to exclude elements of the system from those measurements (such as cables, adapters and the like). In this application note, we discuss both meanings of calibration as related to Copper Mountain Technologies’ Vector Network Analyzers (VNAs). First, we describe Annual Calibration and then later we discuss measurement calibration. 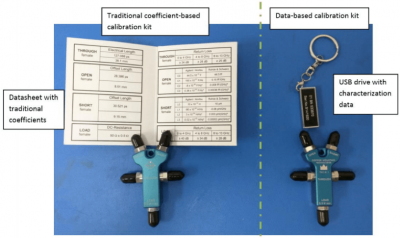 Copper Mountain Technologies produces lab-grade VNAs with outstanding measurement accuracy. As with every VNA, performing a good calibration is necessary for maximizing the accuracy of VNA measurement results, for de-embedding the effects of imperfect cables and components in the fixture, and for moving the reference plane to the DUT interfaces. There are several approaches for determination and application of VNA measurement corrections, including port extension (a relatively crude, approximate method), fixture de-embedding (with accuracy depending on correctness of the model), and calibrating with a calibration kit (a high accuracy approach). Generally, there are two broad categories of calibration kit types: traditional mechanical kits and automatic/electronic calibration modules. Within mechanical kits, there are two types of kits: those with standard “polynomial” coefficients and those with full S-parameter characterization data, also known as databased kits. This application note introduces databased calibration kits, explains why their use is growing in popularity, and describes how they can be used with Copper Mountain Technologies VNAs.

Waveguide components possess certain advantages over their counterpart devices with co-axial connectors: they can handle larger power and exhibit lower loss. Therefore, it is very common to employ waveguide interfaces in the high power devices, such as microwave transmitters. The performance of waveguide components at microwave frequencies are typically measured with a Vector Network Analyzer (VNA). However, when measuring the performance of waveguide components with a VNA, non-idealities of any uncalibrated VNA introduce uncertainty in the measurement results. This application note describes how to perform an SSL calibration with a Copper Mountain Technology VNA. It also covers the procedures and the calculations to define a waveguide calibration kit in the CMT VNA. Finally, it provides an example of the 1-port return loss measurement of a waveguide band-pass filter.