ACOM has been a customer of Copper Mountain Technologies since their VNAs first hit the market in 2011. In the many years since that first purchase, measurement speed and dynamic range have remained attractive aspects for ACOM users. The compelling combination of price, performance, and convenience have captured the companies’ loyalty and their engineers like Adi Voh see no reason to stray away from CMT VNAs.

ACOM, is a privately owned company located in Sofia, Bulgaria. They have been developing products for customers worldwide since 1988. ACOM designs, manufactures, and sells HF equipment, HF antennas and antenna crank-up masts, systems for short wave network radio communications, and other electronic devices for the commercial, government, and amateur markets.

ACOM has been purchasing from Copper Mountain Technologies since its days as a start-up and still have the instruments from their initial purchase. “We still use the units purchased back then, and they work perfectly,” said Adi Voh, who works alongside ACOM’s R&D team as a developmental engineer. Adi is not directly employed by ACOM but has worked with the company in a partnership role since 2019. He is an experienced VNA user but hadn’t been introduced to CMT’s network analyzers until he started working with ACOM. “I’ve been impressed by the measurement speed and wide dynamic range,” explained Voh. 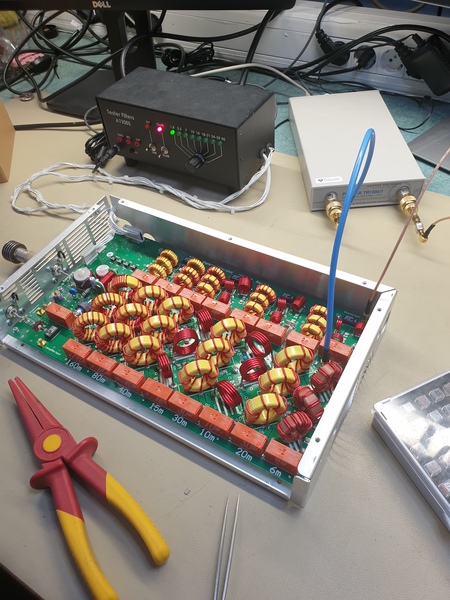 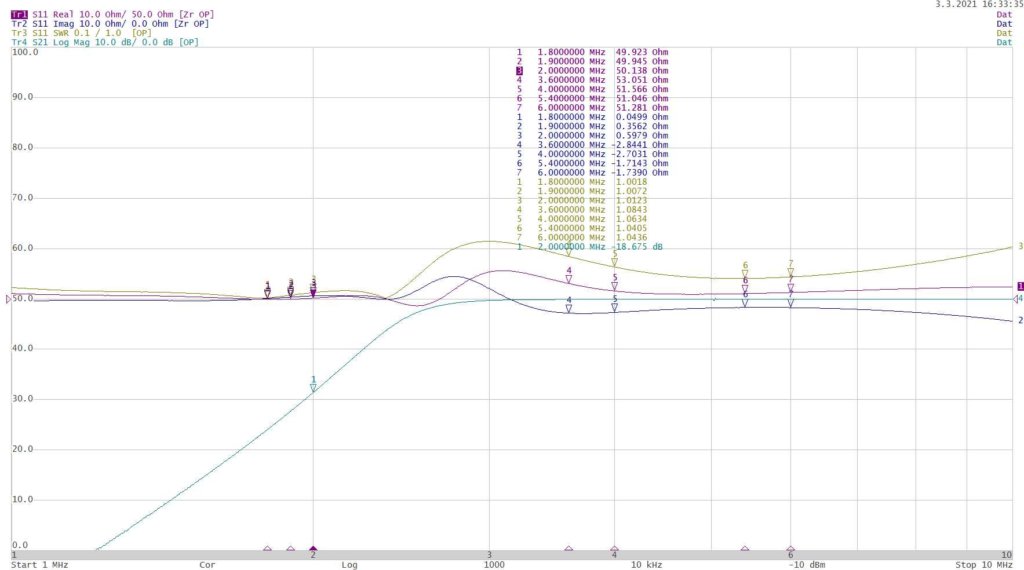 ACOM has been producing power amplifiers for more than 20 years. They have always produced large quantities of tube amplifiers but have added solid-state power amplifiers (SSPA) to their line in recent years. These SSPA’s generate a lot of harmonics which heightens the need for proper filters. ACOM does a lot of work with HF antennas and filters up to 100 MHz and they use CMT’s TR1300/1 2-Port 1.3 GHz Analyzer to characterize these DUT’s. “The TR1300/1 makes fast measurements and is good at aligning filters,” said Voh. “The ability to use several traces and receive an immediate response makes it the perfect tool to tune these filters.”

In total, ACOM has about a half-dozen CMT analyzers in active operation. Their most recent purchase was the M5065 VNA along with an N911 calibration kit. “We purchased the M Series VNA to measure crosstalk and attenuation at 5 GHz and it offered the best price and performance at that frequency range,” Voh said. The price and performance are always important factors when purchasing test equipment, but the appeal goes beyond those considerations. “I prefer CMT VNAs in large part because the dynamic range is always awesome,” said Voh, who also praised the portability of CMT’s USB VNAs. “I like that the instrument doesn’t take up a lot of space on my table. I can remove it from my workstation, move it to another location and have it up and running again, all in 30 seconds.”

It’s undoubtedly important to have an analyzer with proper specifications and features, but those factors alone leave plenty to be desired unless the instrument is intuitive and easy to use. “I’ve never had to read one line of the user manual. All of the software is absolutely straight forward and it’s not always like that with other products.” Voh pointed out, “I can prepare tuning files with markers and everything else we need and easily share those files with my colleagues, and they are immediately able to begin working.” After a couple years of experience using CMT VNAs, Adi sees no reason to switch test equipment providers. “Once you are familiar with these products and they make sense in terms of performance and price, there is no reason to ever change,” Voh insisted.  The unparalleled combination of price, performance, portability, and user-functionality have turned Adi Voh and the engineers at ACOM into loyal supporters of Copper Mountain Technologies.

Follow the link to learn more about the solutions CMT offers for various applications, as well as an opportunity to tell us about your unique VNA applications.

Submit this form and tell us about your VNA needs so that we may continue to design forward-thinking instruments that expand your test and measurement capabilities.