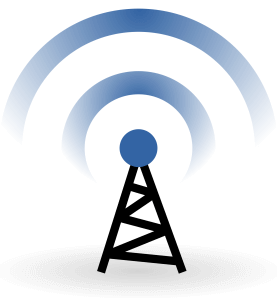 The Reliability and performance of a wireless medical device depends heavily on the reliability and performance of its antenna. Antenna performance is a crucial link for integrating a device into its ecosystem.  In order to ensure the best transmitted power or the best received signal, the antenna must be matched to a certain impedance (mostly 50 Ohms for a passive antenna solution) inside and outside of the device. The designer needs to create the best possible environment in the wireless device in order to provide the optimal antenna matching possible (less losses) and transmit the maximum power from the radio into the air, or reciprocally receive the maximum signal back to the radio.

It can seem intimidating, but antenna design in wireless medical devices doesn’t need to be daunting. Here are some things one should consider when designing IoT devices:

Antenna length is critical to maximize performance and provide the proper radiation characteristics. The length of the antenna determines the frequency of the standing wave which generates the electromagnetic field. A short antenna or an antenna which is too long will not radiate efficiently.

Most devices are channeled through the Industrial/Scientific/Medical (ISM) bands and in the future, there will be expansion into 5G which will offer much higher bandwidth and ubiquitous connectivity connecting more devices at higher speeds and delivering an enhanced user experience.

Based on the RF front end design (numbers of RF switches, chipset capabilities, RF performances required) antennas can be tuned for multiband or single band applications with single or multiple feeds. Each feed is going to be connected to a radio output pad. For example: dual band GPS/Bluetooth antenna (1 feed or 2 feeds), multiband 4G antenna using 1 feed or 2 feeds (1 for low band, 1 for high band).

Ground planes are required to properly impedance match quarter-wave or collinear. An efficient and compact antenna may utilize a ground plane. The plane acts like a mirror, creating a virtual image of the actual antenna allowing dipole performance with a single element. Analysis of the antenna/ground plane system is important to verify radiation efficiency. Half-wave or 5/8-wave radiators can be stacked vertically to achieve higher gain. The proper ground plane dimensions are defined by a ground plane which is much larger (in both directions) than the antenna length.

A point source (or isotropic) radio source radiates in a spherical pattern with a significant amount of energy being radiated straight up. This is wasteful. An antenna with “gain” has a radiation pattern which is biased towards the horizontal. An “omnidirectional” antenna might radiate horizontally in all directions equally but might still have “gain” since energy that would otherwise be sent upwards is channeled horizontally. In addition, it is possible to have a preferred horizontal direction and only radiate over a particular horizontal angle. A “Yagi” or “Dish” antenna is an example of a directional antenna. The gain is defined by the vertical and horizontal angles of radiation. High gain antennas are necessary for millimeter wave frequencies to make up for the increased loss in air. A system may be communicating point-to-point where an antenna that is optimized for a narrow “beam” might be optimal.

With wireless medical devices becoming prevalent, we’ll begin to see many benefits from our devices as they share data and react in beneficial ways. These devices will proliferate, and we’ll become dependent on them. It will be imperative to properly manage interference. This will be a challenge because so many kinds of devices will be manufactured all over the world. The consequences can vary from a broken link between the patient and medical staff, to fatality in a hospital setting because a monitoring device was “jammed” by a device brought in by the patient.

You can learn more about the wireless coexistance and regulations from the FCC on the FDA website.